Campus Ministry is a diverse group of talented men and women -- lay, clergy, and Religious -- Protestant and Roman Catholic -- dedicated to fostering the mission of Loyola Marymount University, especially the service of faith and the promotion of justice. The campus ministers support the many programs and activities that meet the spiritual needs of our students.

Our Partners at LMU

Visit the sites of our colleagues on campus who practice and promote the Ignatian mission of Loyola Marymount University.

Pillars of the Ignatian/Jesuit vision. 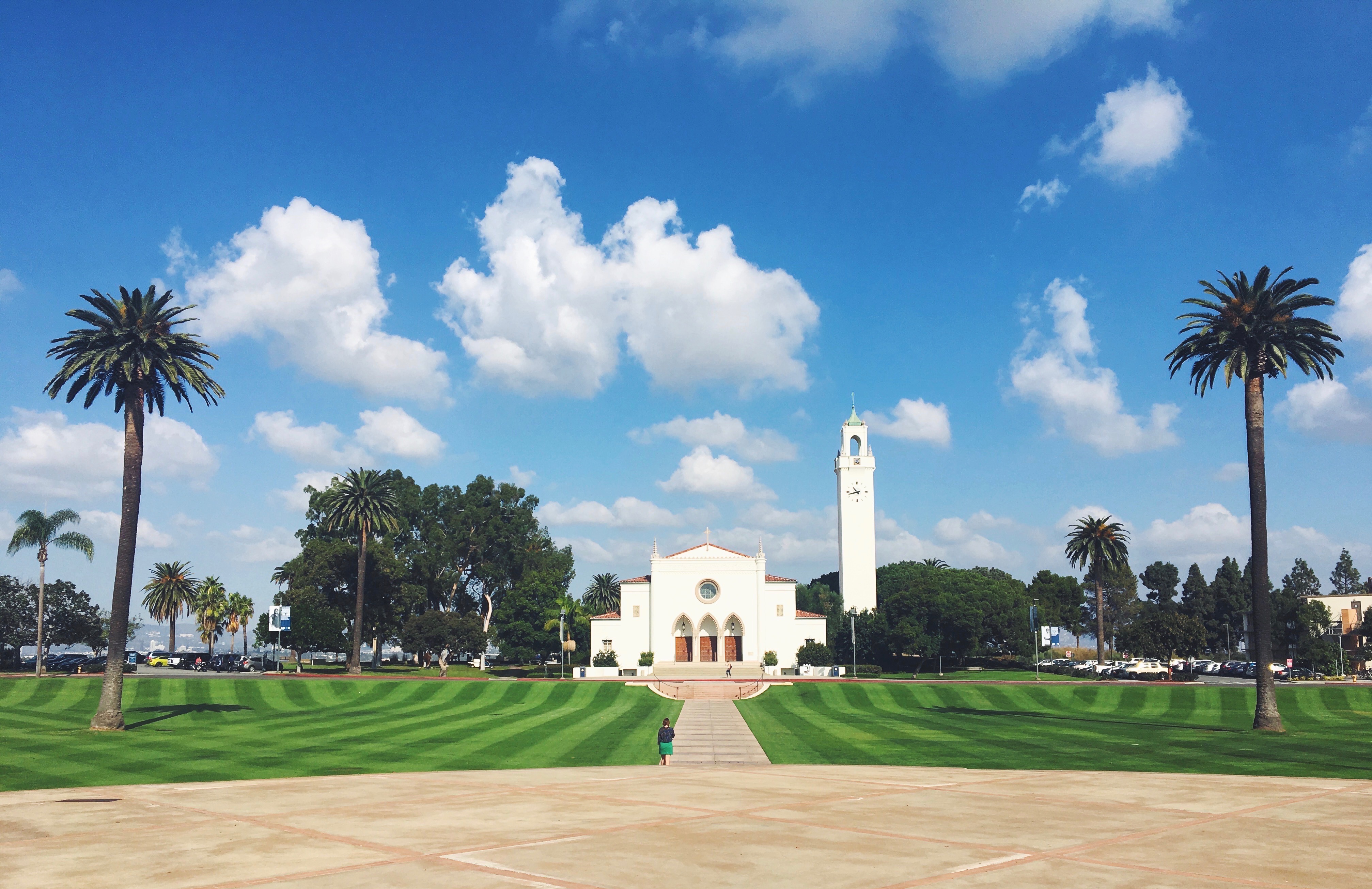 A Brief History of LMU

The names "Loyola" and "Marymount" have long been associated with Catholic higher education in countries around the globe. Saint Ignatius Loyola, founder of the Society of Jesus, sanctioned the foundation of his order's first school in 1548. The Religious of the Sacred Heart of Mary have conducted educational institutions since their establishment in France in 1849 by Father Jean Gailhac. These two traditions of education have come together in Los Angeles as Loyola Marymount University.

The present University is the successor to the pioneer Catholic college and first institution of higher learning in Southern California. In 1865, the Vincentian Fathers inaugurated St. Vincent's College for boys in Los Angeles. When this school closed in 1911, members of the Society of Jesus opened the high school division of their newly founded Los Angeles College.

Rapid growth prompted the Jesuits to seek a new campus in 1917 and incorporate as Loyola College of Los Angeles in 1918. Relocating to the present Westchester campus in 1929, the school achieved university status one year later. Graduate instruction began in 1920 with the foundation of a separate law school. The formation of a graduate division occurred in June 1950, although the graduate work had formed an integral part of the Teacher Education Program during the preceding two years.

In separate, though parallel developments, the Religious of Sacred Heart of Mary began teaching local young women in 1923. Ten years later they opened up Marymount Junior College in Westwood, which grew to four-year status and began granting baccalaureate degrees in 1948. The school later transferred classes to a new campus on the Palos Verdes Peninsula in 1960.

Eight years later, Marymount College moved again, this time to the Westchester campus of Loyola University as an autonomous institution. At this juncture, the Sisters of Saint Joseph of Orange joined the Marymount Sisters as partners.

After five years of sharing faculties and facilities, Loyola University and Marymount College merged and formed Loyola Marymount University in 1973. Through this union, the expanded university maintained the century-old mission of Catholic higher education in Los Angeles.

In articulating a vision for this unique collegiate enterprise, the Board of Trustees turned to the history of the four-century old Jesuit educational philosophy, as well as to the history and traditions of the Marymount and St. Joseph's Sisters. They also recognized the riches of a variety of religious traditions represented among the dedicated faculty and staff, which complement and enhance the school's lived heritage of Catholic values.