play video
A public lecture by Dr. Joseph Prabhu, Professor of Philosophy and Religion at California State University, on Pope Francis's encyclical Laudato Si and the interconnections with out world today.

Toward an Ecological Civilization

Joseph Prabhu is Professor of Philosophy and Religion at California State University, Los Angeles (CSULA) .He is both a scholar and a peace activist. He has edited , The Intercultural Challenge of Raimon Panikkar (Orbis Books, 1996 ) and co-edited the two-volume Indian Ethics: Classical Traditions and Contemporary Challenges (Ashgate Publishing Co, 2007;  Springer and Oxford University Press, India, 2016).He has authored Raimon Panikkar as a Modern Spiritual Master (Orbis Books, 2017) He has three books in process, “Liberating Gandhi: Community, Empire and a Culture of Peace,” due out in 2018, and “Hegel, India and the Dark Face of Modernity.,” and “Human Rights in Cross-Cultural Perspective,”  due out in 2019. He has been a Senior Fellow of the Center for the Study of World Religions at Harvard University and of the Martin Marty Center at the University of Chicago. He has also been co-editor of ReVision from 1995-2003, and a contributing editor of Zygon. He is the past President of the international Society for Asian and Comparative Philosophy, 2008-2010, and the Program Chair for the Melbourne Parliament of the World’s Religions, 2009. Among his many awards are the Outstanding Professor Award of CSULA for 2004-2005 and the Lifetime Achievement Award from Soka Gakkai, USA and Official Commendations from both the Southern California Committee of the Parliament of the World’s Religions and the Mayor of Los Angeles for his contributions to interfaith dialogue and civic harmony.

In 2016, California State University, Los Angeles, honored him with an annual endowed lecture series in his name, called the Joseph Prabhu Fund for Interfaith Peace and Justice.

This event is sponsored by Philosophy, Yoga Studies, Theological Studies and The Academy of Catholic Thought and Imagination (ACTI). 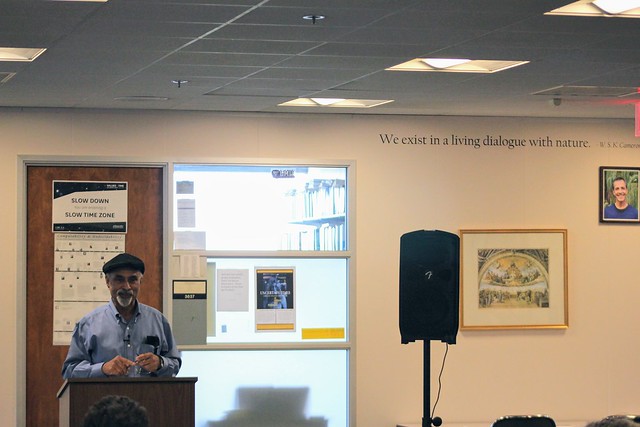