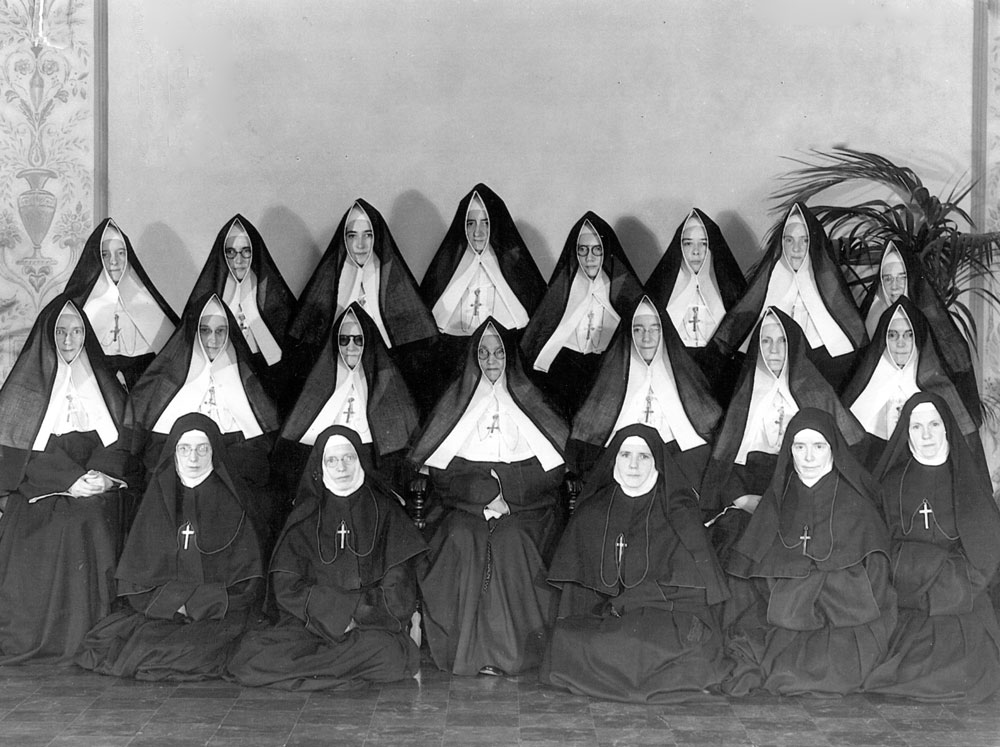 The Religious of the Sacred Heart of Mary began teaching local young women in 1923 after opening Marymount-in-the-West School. Having been invited by Bishop John Cantwell, seven sisters of the Religious of the Sacred Heart of Mary, under the leadership of Mother Cecilia Rafter, R.S.H.M., formed what was first an elementary school and, shortly thereafter, a high school. Within ten years, many young women wished to continue their education with the R.S.H.M. beyond high school and Marymount Junior College opened as an all-women's school on the Westwood campus of Marymount High School in 1933. Mother Gertrude Cain, R.S.H.M., served as the first president of the junior college and guided its development into a four year college in the 1947-48 academic year, assuming the name Marymount College of Los Angeles. In 1960, having outgrown its shared Westwood campus, Marymount College moved both its two year program and its four year program to the Palos Verdes Peninsula in southwestern Los Angeles.

As Marymount and Loyola began their affiliation on Loyola's campus in 1968, the Sisters of St. Joseph joined the R.S.H.M. in this venture. For five years, Loyola and Marymount remained separate institutions, sharing facilities and faculties. In 1973, the two institutions merged into Loyola Marymount University. President Donald Merrifield, S.J., who had been serving as president of Loyola University, remained president of LMU and Renée Harrangue, R.S.H.M., who had been the academic vice president at Marymount, was named provost. The R.S.H.M. sisters lived on campus first in the Marymount Dorm (now known as McKay Hall, named for Sr. Raymunde McKay, R.S.H.M.) for a year and then in the Thomas and Dorothy Leavey Center. In 1999, the R.S.H.M. gifted the Leavey Center to the University and moved into several houses in the Westchester neighborhood. Since the merger, the Religious of the Sacred Heart of Mary have continued to partner with the Jesuits, Sisters of St. Joseph, other religious on campus, and countless dedicated lay colleagues in furthering the mission of LMU as one of its sponsoring religious orders.