Mission and Ministry > About Us > Sponsoring Religious Communities > Sisters of St. Joseph of Orange

Sisters of St. Joseph of Orange

The Sisters of St. Joseph of Orange 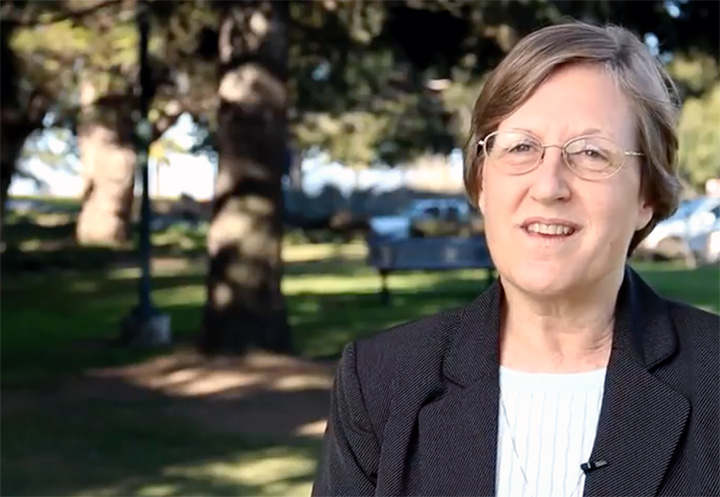 play video
Sisters of St. Joseph of Orange describe who St. Joseph is to them.

The Sisters of St. Joseph trace their history to seventeenth-century France when a Jesuit named Jean Pierre Médaille, SJ, assisted a group of women involved in ministry with the poor. He helped them to organize an order of religious women who, rather than remaining safely cloistered in a convent, would venture out into the community, seeking out "the dear neighbors," and ministering to their needs. The congregation managed to survive the turbulence of the French Revolution and eventually expanded, not only throughout France, but throughout the world.

The Sisters of St. Joseph of Orange is among the youngest of the American congregations and traces its roots through the St. Joseph congregations of La Grange, Illinois; Concordia, Kansas; Rochester, New York; and Carondelet, Missouri.

The Sisters of St. Joseph of Orange were established in 1912 by Mother Bernard Gosselin. She and eight sisters left LaGrange, Illinois, near Chicago to establish a school in Eureka, California. When the Sisters first arrived, they had only 60 cents and only a promise of a temporary house, but even with such limited resources they were able to open a school within a few months of arrival. The Sisters were able to sustain themselves with the meager income the school provided by growing most of their own food, and by the generosity of the people of Eureka.

The first ministries of the Sisters of St. Joseph of Orange were in education and health care. They experienced decades of effective service within a system characterized by centralized authority, limited personal choice of ministry, and structured ministerial activity. Schools and hospitals were staffed primarily by the Sisters and in the 1940s and 1950s the number of institutions directed by the Congregation increased steadily. In the 1940s the Sisters extended their work in health, education and religious instruction to the people of Papua New Guinea and Australia

The 1960s radically challenged the environment. Rapid changes in every aspect of life brought disruption to the traditions of religious life as well as to those of the broader society. At the beginning of the 1960s Vatican II challenged religious congregations to renew and adapt their mission and way of life in order to respond to the changing needs of society and the Church. The Sisters of St. Joseph of Orange clarified their mission, broadened the scope of their ministries, and changed outdated structures and customs.

Today, the Congregation’s commitment to education is expressed in a variety of forms including elementary, secondary, university and other adult education. The commitment to extend the healing mission of Christ is expressed through acute care hospitals, rehabilitation programs, home health care, community education, primary care clinics, and wellness programs. The works of the Congregation have expanded, however, beyond education and health care to also include such things as helping new immigrants, feeding the hungry, giving shelter to the homeless, and fostering spiritual development.

The Sisters are very aware that their ministry is greatly enhanced through fuller collaboration with their lay coworkers. They have developed clearer roles for the laity involved in their ministries and have asked them to be partners and leaders with them in their institutions.