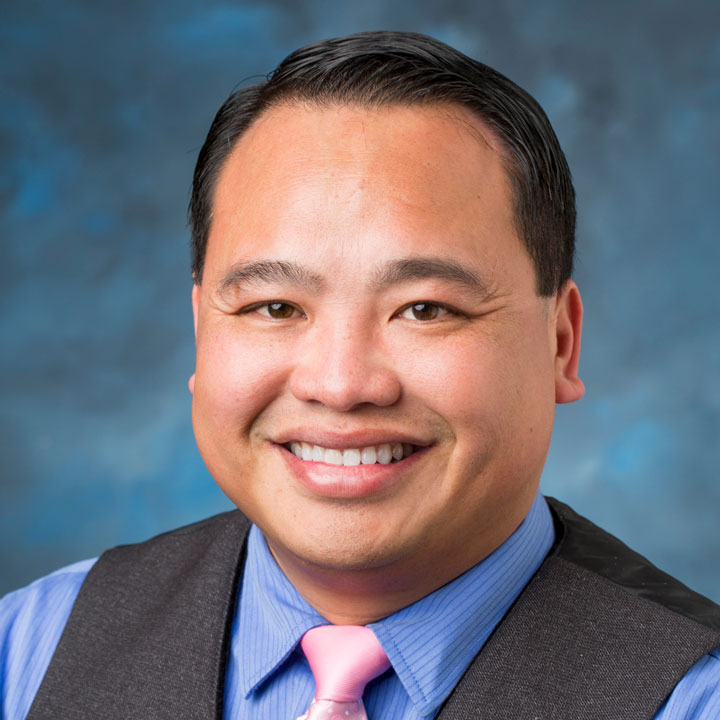 Father Paul H. Vu, S.J. earned his B.A. in Psychology from the University of Texas-Austin and attended the University of Missouri-Columbia where he earned both Masters and Doctoral degrees in Counseling Psychology with an emphasis on acculturation and men’s issues.  He completed his doctoral internship at the University of Minnesota-Twin Cities and a week later entered the Jesuit novitiate in St. Paul, Minnesota in August of 2000.  Father Vu completed his philosophy studies at St. Louis University and worked and taught at Regis University in Denver for three years prior to receiving his Masters in Divinity (M.Div.) and Licentiate in Sacred Theology (S.T.L.) at the Jesuit School of Theology of Santa Clara University in 2011 and 2012, respectively.  He is currently the Assistant Dean of Students, a lecturer for the Department of Psychology and Asian Pacific American Studies, and is the Director of Student Affairs’ Mission and Identity Committee.