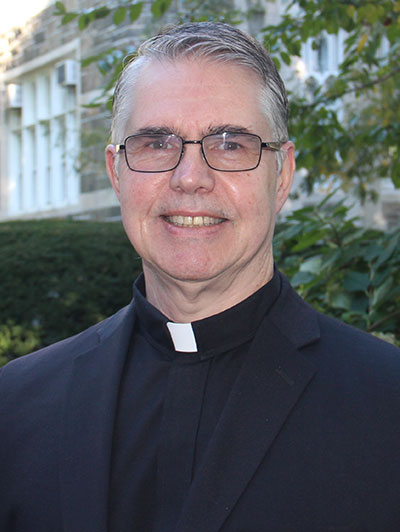 José I. Badenes, S.J., Ph.D. serves as Associate Provost for Undergraduate Education and Professor of Spanish at Loyola Marymount University. Father Badenes has been a professor in LMU´s Department of Modern Languages and Literatures since 1996, where he has taught courses in Spanish language, literature, and culture, as well as interdisciplinary Humanities seminars for the University Honors Program, the Catholic Studies Program, and the First Year Seminar experience in the University Core Curriculum.  He earned his Ph.D. in Hispanic Languages and Literatures from the University of California at Santa Barbara and has Masters degrees in Romance Languages and Literatures from the University of North Carolina at Chapel Hill and in Divinity and Theology from the Jesuit School of Theology at Santa Clara (formerly Berkeley). He has served as simultaneous translator at various national and international gatherings.

Dr. Badenes´ area of research and scholarship is 19th-21st centuries peninsular Spanish literature. Areas of interest and expertise include comparative literature, gender and sexuality studies (particularly masculinity studies), and interdisciplinary studies (particularly literature and the visual arts and literature and theology). He has widely presented and published in his areas of research and expertise, including a monograph, Performing the Dandy: Manuel Machado and the Anxiety of Masculinity (2003), on early 20th century Spanish poet Manuel Machado on constructions and performances of masculinities in his poetry. His current research focus is on early 20th century Spanish artist Federico García Lorca, particularly the relationship between his aesthetics, gender and sexuality issues, and Catholicism in his work. He is also preparing a comparative study of the dramaturgy of García Lorca and US author Tennessee Williams.  Among other professional activities, Professor Badenes currently serves on the advisory and editorial board of the Comparative Drama Conference and its journal Text and Presentation.

Father Badenes´ responsibilities in his role as Associate Provost for Undergraduate Education at LMU include oversight of the Core Curriculum, the University Honors Program, the Academic Resource Center, Disability Support Services, the Katz Family and Academic Skills Program, the Living and Learning Communities, and the Faculty Engagement Program. He is also responsible for violations to the University´s Academic Honesty Policy. He reports to Vice-Provost for Academic Affairs David Sapp.