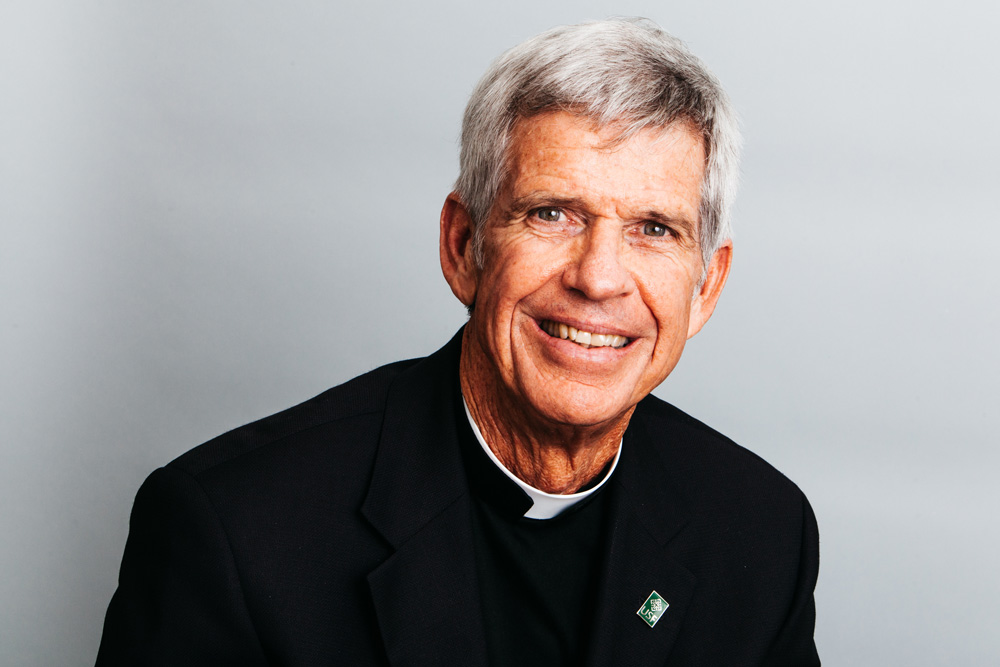 Rev. Stephen A. Privett, S.J., served as the 27th president of the University of San Francisco, from September 2000 to August 2014. He subsequently served as the university’s fourth chancellor until he stepped down in September 2017.

As USF president, he focused the university on its core Jesuit mission, vision, and values, and from that position of strength under his leadership, the university developed new and innovative academic programs; created the School of Nursing and Health Professions; improved campus facilities, including the John Lo Schiavo SJ Center for Science and Innovation; and purchased the building at 101 Howard St. When Father Privett completed his third and final term as president, the Board of Trustees conferred on him the status of "president emeritus" in appreciation for his service.

Father Privett was born in San Francisco. He entered the Society of Jesus in 1960 and is a graduate of The Catholic University of America, the Jesuit School of Theology in Berkeley and Gonzaga University. His doctorate with distinction is in Catechetics and his particular expertise focuses on the Hispanic community in the U.S. Catholic Church.

Prior to serving as president at USF, Father Privett was provost and academic vice president at Santa Clara University. As provost, he was responsible for oversight of student life, intercollegiate athletics, as well as academic affairs. While teaching at Santa Clara, he was recognized for “Teaching Excellence and Campus Leadership” with the Sears Roebuck Foundation Award.

Early in his career, Father Privett was an instructor at Jesuit High School in Sacramento and Principal of Bellarmine College Preparatory in San Jose.