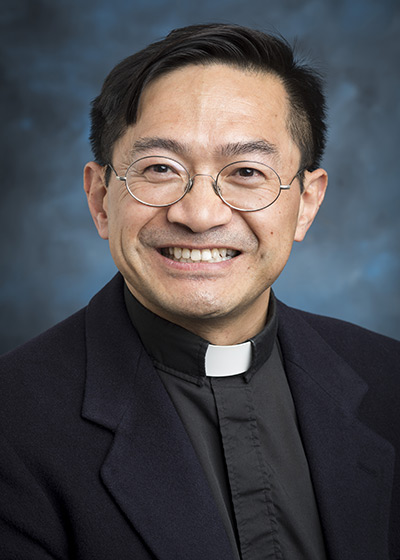 Lân Ngô earned his B.A. in general biology from the University of California, San Diego. During his Jesuit formation, he received his M.A. in philosophy at Fordham University then M.Div. at Jesuit School of Theology at Berkeley. After his ordination to the priesthood, he studied at the University of California, Berkeley where he graduated with an M.A. in Asian Studies. He recently finished his Ph.D. in East Asian history from Georgetown University. His work experiences included a research laboratory assistant in La Jolla, a high school teacher in Phoenix, and an associate pastor for a multiethnic parish in San Jose. Since 2012, he has presented his papers on the topic of Vietnamese Catholicism at various academic conferences. His latest, “Like Father, Like Sons in the Mother Church: Early History of Vietnamese Clergy Formation and their Spirituality from the Perspective of Sichuan-Gò Thị Synod,” was given at the 2014 Annual Meeting of American Catholic Historical Association. From his dissertation topic on the role of the local coverts in the nineteenth-century Vietnam, Professor Ngô wants to carry his research further on the development of indigenous Christianity under missionary, colonial, and nationalist pressures.